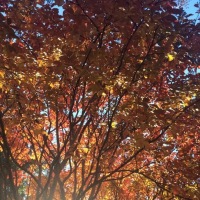 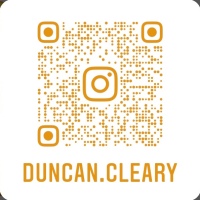 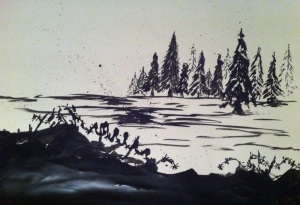 It is very cold, Martin has just brought me some tobacco, but I cannot smoke it, yet; snipers.
Things are quiet, for the first time this week.

I am thinking of a fire at home, lit half an hour ago by my wife. It is glowing, its sight is warmth itself.
I am very cold. My comrades are sleeping.

The paper stuffed in my smock is losing its usefulness. I never read what was on its pages, but
I looked at the pictures of Africa.

Death dark now, the snow has amplified every sound. Perhaps they will come again, tonight.

You are free, because of me.

Truck sunk up to its axles, again.
It is full, over-full, rations and rounds for the lads.
The Armour punched through yesterday.
They let us figure out how to keep up…

Passing tractor pulls us free.
We give the crew some extra rations – lightens the load,
but not too many: They are for the lads up front.
The Armour punched through yesterday.
Remorseless bastards.

Marcus is reading me a letter from his sister back home.
She is doing her best to sound serene, supportive, sunny.
But we know what the bombers are doing.
We become silent. Marcus folds her letter and carefully puts it back in his tunic pocket.
The Armour punched through yesterday.
The lads are waiting for us.

I keep driving until I fall asleep.
My fingers are hardened by burnt down butts.
Marcus takes over ~ I am asleep, exactly.
The Armour punched through yesterday.
We pass their victories: smears and sundered things.

We see from the smoke: we have caught up.
Our cargo is welcome, rounds and rations short, both.
The Armour pauses today. Our job also done;
but the lads would have liked a letter from home.

The maize is high.
As is the wind.
We have just finished an action.
We are taking a moment.

Jan, our NCO, is very brave.
Mad fucker, some would say;
He is to be decorated in the field.
We are taking a moment.

Our war photographer,
wants a group shot.
We take off our helmets,
and our hidden long hair takes the air;
We are taking a moment.

Jan’s award is hanging from his tunic collar,
it is unbuttoned, and we are smirking,
He fingers his field glasses, uncertainly,
We are very proud of him ~ fuck unbuttoned collars;
We are taking a moment.

The wind is blowing,
The air is fresh now, the fires have died down,
The sky is blue, the horizon is sobering.
We are taking a moment.

Months have passed.
Our war photographer is now famous;
We are by Jan’s side, where he fell.
We are taking a moment.

I smell him first,
before I see him,
a stomach wound, not good,
he is lying in the wheat.

He sees the runes
and flinches, needlessly.
There has been enough killing today.
The wind, waves in the wheat.

I offer him my water bottle,
he takes it, gratefully,
and smiles. Not long now for him.
The Sun is shining; Sergei is his name.

The squad has caught up.
We are moving on, always forward.
Sergei is quiet now, almost serene.
I take my water bottle from his hand.

As in a sea, I check the compass.
The wheat envelops us,
it stretches to the horizon.
A different harvest, this year.

The column has halted, for now.
We are covered in dust;
Jochen laughed at me when I took off my goggles,
You look like a panda, he said.

The Armour keeps their engines idling.
Jochen is slumped in the sidecar, snoring,
I lie forward on the bike’s handlebars –
Very soon I am under, too.

The engine is still warm,
when I wake;
I am reminded of my old school desk:
I knew each mark on it so well, as well as I now know my bike’s.

At 19, Jochen is one of the old ‘uns,
I leave him sleep a bit longer.
The column is moving off again,
He curses as I jolt us forward, into the dust.

Back home there is a river,
After school we would go there, to swim,
We were like fish, or sea snakes.
Our column winds on, weaving its way, we’re at the head.

We move up along the line,
round after round, truck, tank, carrier,
Bobby can read my mind,
He can’t hear me anymore, but my boot taps his shoulder to let him know when to fire.

They are screaming now, raging impotence,
There is but one of us,
But we have been forged in the fires in the East.
And our machine is panic itself.

Our cat pounces,
Until her barrel is too hot for more.
We are finally caught, point blank, a quick scarper, back behind the lines.
I am as Alexander, immortal warrior.

We have begun to look like them.
Snow smocks made from sheets.
Unshaven, hungry, hard.

I use one of their weapons.
Less moving parts, simple.
Works well in the cold.

At sixteen, I am the platoon’s novelty.
A volunteer, farthest from home.
Six months in now, I do my bit.

We have taken a village.
Simple huts really, swathed in snow.
Each needs to be checked.

I kick in a door,
Weapon raised, ready.
And I see him: The Enemy.

A quick burst.
The Enemy is destroyed.
Shards of a mirror, fall to the floor.

I am alone, looking at an empty room.
Farther from home.
Stranger.

I was too short, they said.
Then later,
they were short on men, and I was in.

We are the last gun,
but they are still coming.
Armour, with men on top, behind, astride.

We are the last gun,
A gun designed to fire up.
It fires fine, full forward.

Gunnar loads for me,
I assess our next target and fire,
and fire, we load, I fire, he loads, we fire.

We use our sidearms between rounds;
Burning tanks, turrets blown, men skittled.
Gunnar is gone, the crew is gone; I am covered in shit and blood.

The final push upon me,
but I am the last gun, I am The Line, I am The Front; I load, I fire;
Sudden silence ~ Something hard brings me to black.

The next day, the relief finds me, slumped,
with eleven dead tanks, still burning before the position.
A Knight, still breathing, on the last gun.

They are on our land now,
Set for vengeance,
A maddened horde.

We are still good,
at killing them.
and they have long ago become beasts.

They have taken our women,
and our children,
and strapped them to the barrels of their tank cannons.

We cannot fire, on the womenfolk, children,
and so they take the position,
which will cost us so much.

Later, we hear the screams, and wonder if we should have fired, after all.

Counterattack.
Many fall, but we remove them, without mercy.
The women and children are already dead.

I have the last of them, their leader, in my hands,
He is a big man, but jelly now,
Bullet in the back of the head.

I wake in white.
Both arms in plaster.
Field hospital; ridiculous.

The boys brought me back.
A grenade, they say,
But I’ll be OK, given time.

Frida is my nurse,
She is firm, starched, pristine.
A fine thing; her eyes, and her scent.

Reaching across me,
She reminds me of orchards,
Being eighteen, buxom revelations.

I am in some pain, and cannot sleep.
Frida pulls the curtain, and goes to work.
She sings softly in my ear, I kiss her on her temple.

Back at the front, months later,
I still smell her: lemons, magnolia, peach.
My time with her is forever; I wish the next boy well.

This site uses Akismet to reduce spam. Learn how your comment data is processed.